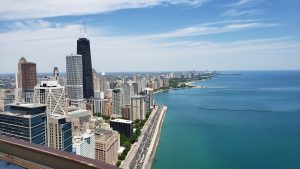 Elara Engineering is pleased to initiate an ongoing series to inform building developers, owners and managers of the changes, deadlines, and potentially significant impacts from the City of Chicago’s new construction codes.  In this first installment, we provide background information on the new construction codes, identify important dates and highlight recent and upcoming code changes.

According to a May 2019 presentation from the City of Chicago Department of Buildings, the goal of the new construction codes is “to better align the City of Chicago’s construction requirements with up-to-date model codes and standards used in other major US jurisdictions while maintaining longstanding local requirements that are adapted to unique conditions in Chicago.”

Chicago’s 2015-2021 Code Modernization Process – as the effort is called – has been broken down into three phases: