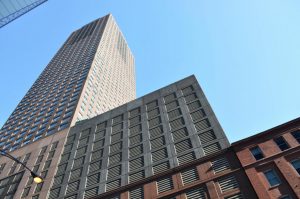 Elara Engineering Associate Principal Matt Swanson, LEED AP, CEM has had the above titled article placed as the cover story in the Autumn 2019 issue of Chicagoland Buildings & Environments.

The article presents the proactive approach taken to lower energy costs at the existing 474 North Lake Shore Drive high-rise condominium building located in the Streeterville neighborhood of Chicago.  Elara’s forward-looking approach implemented over several years by the 474 North Lake Shore Drive Condominium Association resulted in a 23% reduction in relative energy costs since 2007; a savings of $127,930 annually. 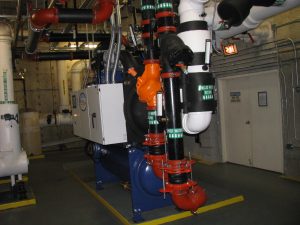 Condominium Association maintained a constant focus on the energy performance of their building and continuously implemented energy conservation recommendations identified in the 2008 audit report, and subsequent reports in 2011 and 2015.

Consistent with Elara’s recommended strategy, projects that addressed “low hanging fruit” such as controls and VFDs that have a short-term payback and reduce the overall load of the building systems, were implemented first.  This strategy paid dividends during a 2016 chiller plant replacement.  Reduced demand of end-user systems (e.g., AHUs, exhaust fans, etc.) from previously recommended energy efficiency projects allowed for the installation of new chillers that were smaller in capacity; resulting in both lower initial and operating costs.  The associated savings allowed the Condominium Association to fund other energy efficiency upgrades.

In total, all of Elara’s recommendations that were implemented represented an incremental cost of $900,000 with a payback of less than 10 years.  Additionally, $58,275 was obtained through utility incentive programs to assist in funding the projects as a result of the energy efficiency improvements implemented.